I enjoyed the last day with my family, my mother quickly sewed me a bag for my can and I went to grab a beer with my sister and brother-in-law.

In the morning, I stopped at the YAMAHA Prešov store, where I got clothes for my trip from Petro et al. It’s a great company and not only because they are willing to sponsor me even though I’m driving a Honda, but the people in the store really care about the customers. Clothes from HELD have already been tested and are really airy. You can wear them for 15 hours straight. 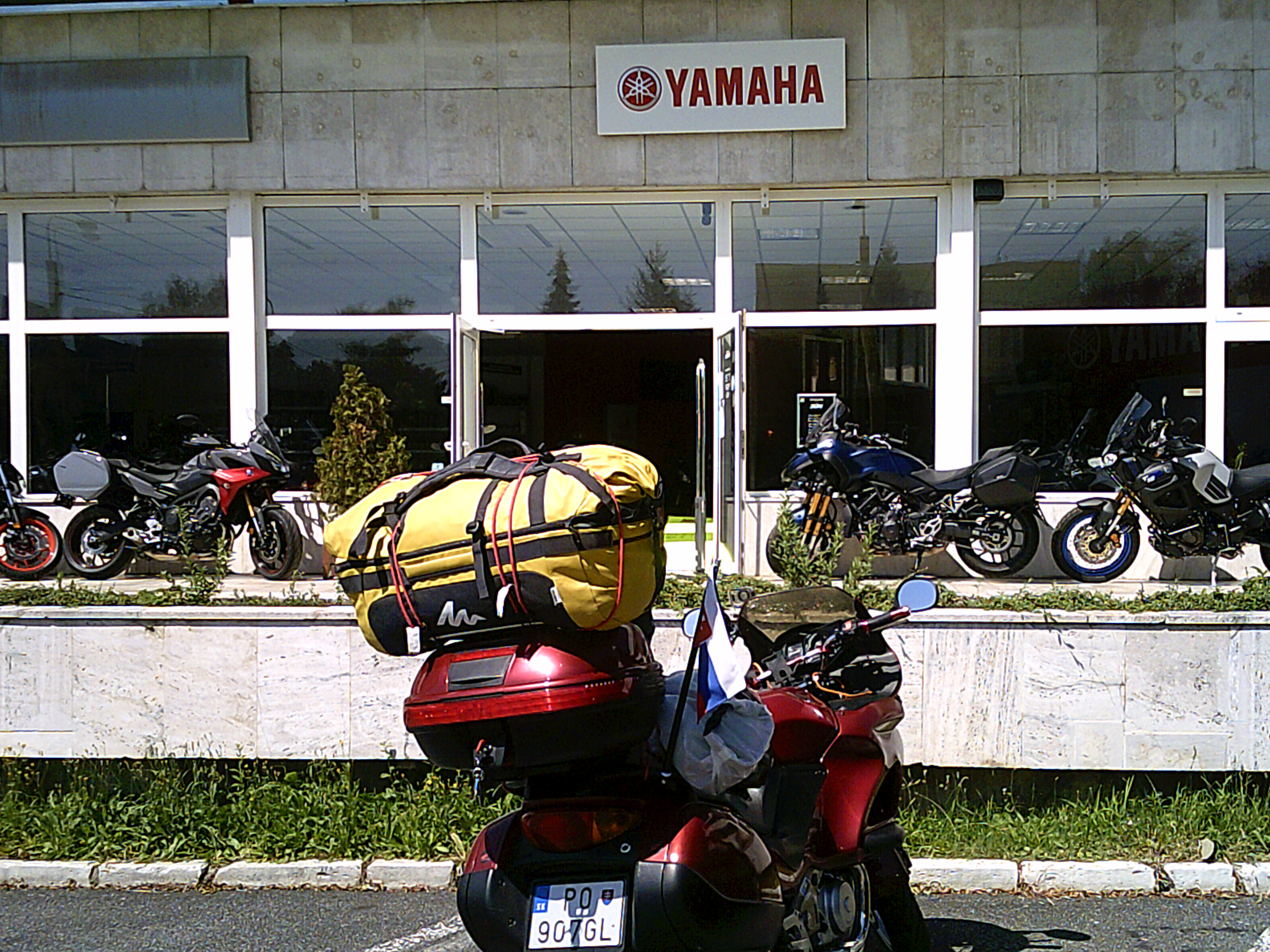 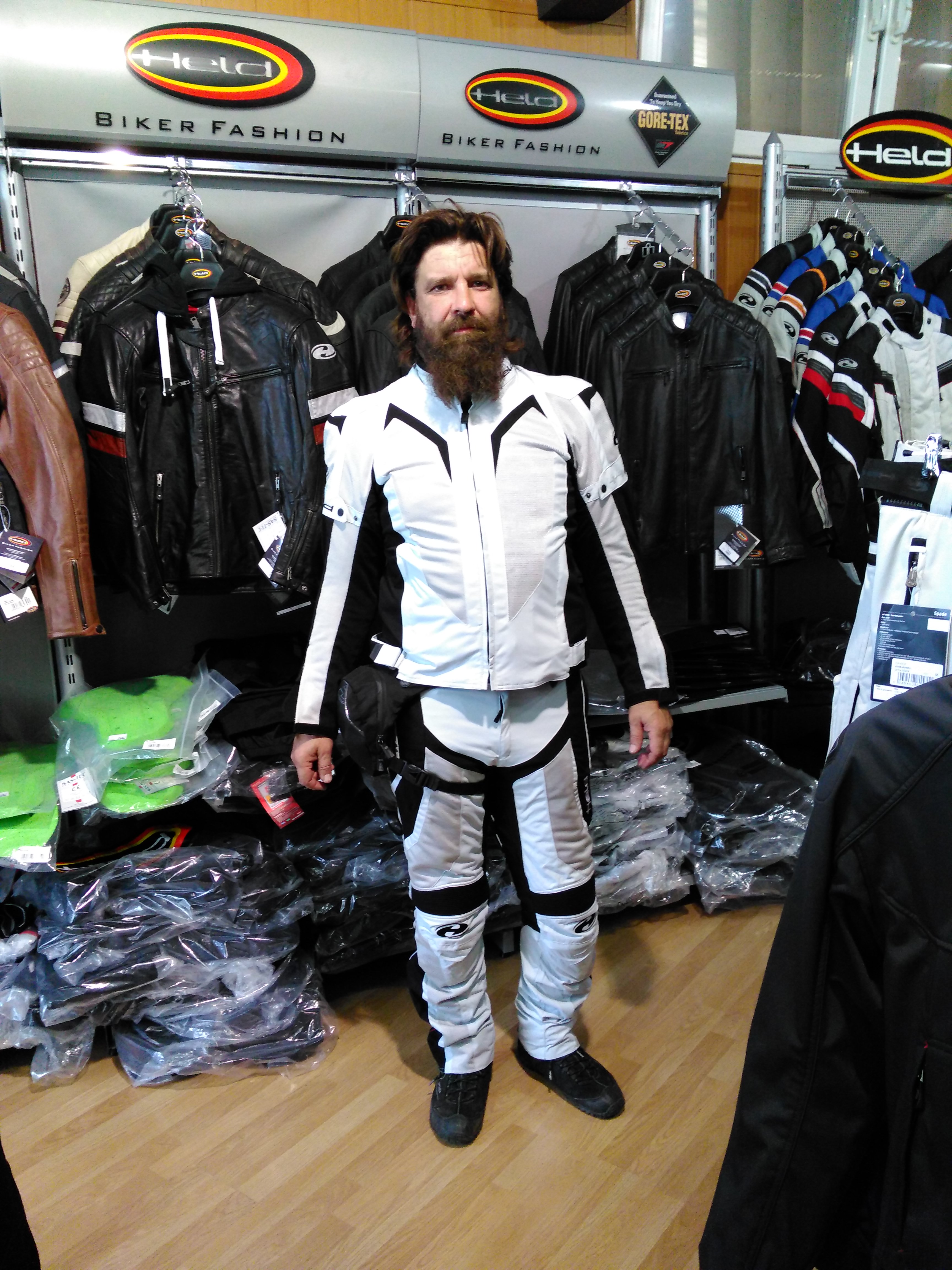 I went from Yamaha to my sister§s for lunch, shower and also to solve a small problem with the GPS locator. As I mentioned, GPS DOZOR lent me a GPS locator so people could see me throughout my journey. Alternatively, they could send tips on routes and places around me. But back to the locator. My sister living in Prague called me in the evening asking me what happened to me, that I was standing somewhere in front of Bratislava. Shit, that’s definitely a mistake because I’m in Prešov with my parents. Sunday, the company can’t be reached, so gotta wait until morning. But in the morning, Mr. Svoboda from GPS DOZOR called and since he was not at work, he contacted a colleague and he called me. We spent the whole morning trying to figure it until a light bulb lit up in my head. Where am I stuck? Close to Bratislava? Is it a coincidence that it is a bit beyond the border? So I called with a question, is the card’s roaming enabled? So the gentleman contacted the service provider, and in a moment everything was running smoothly. But I didn’t leave until the afternoon. Well, fine, I’m handy, I’ll make up the lost time. So I blew through the east of Slovakia, a piece of Hungary and after a quick check of motorcycle documents I entered Romania. The landscape reminded me quite a lot of CZECHOSLOVAKIA, nature is similar, hills and forests. But their roads are even worse than ours. By the way, when you see a railway crossing, slow down. Really slow down! It’s horrible. Don’t get fooled that the road is okay, all of these crossings are dangerous.

In the evening it got cold and dark. On my phone I found out that I had moved forward an hour. It’s high time to find a place to sleep. So I took a side road and after several hundred meters I found a meadow below the forest with a connecting field road. I didn’t need more, I parked, unfolded my mat and sleeping bag and hurray to sleep. In the morning, dogs woke me up in the morning, but that’s a story for another day.